Have they finally done it — has science confirmed the long awaited mystery of alien life — right here on our doorstep? While we can’t confirm or deny this, recent findings indicate that something strange is cooking on Venus. Though it doesn’t smell great, it could be a sign of life.

Recently, the gas known as “phosphine” was reported to exist in Venus’ atmosphere. Phosphine, being what is called a “biosignature”, is thought to occur only in places where life is present. If scientists are correct that 1) it is indeed phosphine in the atmosphere, and 2) that phosphine can only exist where life does, then it seems that life has to be on Venus.

Though it looks reasonable that life may exist there, there is still some controversy surrounding the hypothesis, including what is actually causing the phosphine, as well as if phosphine really only occurs where life is.

Firstly, we have to ask what phosphine really is before we can properly determine its importance. The chemical name for phosphine is PH3, also known as hydrogen phosphide. It is a harsh chemical that is known for its toxicity and unpleasant, “garliclike odor ”.

Astronomer and MIT professor, Sara Seager, who has been following the phenomena on Venus for quite some time, writes in a recently published paper: “Trace PH3 in Earth’s atmosphere is uniquely associated with anthropogenic activity or microbial presence”

What “associated with anthropogenic activity or microbial presence” really means is that phosphine can really only be made by two things: humans or microbes (like bacteria). Bacteria are one of the smallest building blocks for life and cannot spontaneously exist without being put somewhere, or having time to evolve in a given environment.

Phosphine can also be made in science laboratories, but this still requires the intervention of humans. Both bacteria and humans — or intelligent life — point to one thing: life. Furthermore, the amount of phosphine so far observed on Venus, phosphine being detected by the advanced use of filtration of light through telescopes, indicates that the levels exceed “at least a thousand times more” than what is found on Earth.

Not only do the levels meet those on Earth, they blow it out of the water. Does this mean that, if there is life on Venus, it is producing enough phosphine to be evidenced by all the life-support systems on Earth (Humans, Environment, Eco-cycles, etc.) times 1,000?

Yet, in most articles, scholarly or otherwise, references to phosphine gas typically are fronted with words like “possible”, “could”, or “have the potential to” be a sign of life. But, why are all these sentences stated with half confidence? Because, as another paper explains — Seagar being a contributor to this one too — “To our knowledge phosphine (PH3) has not yet been evaluated as a biosignature gas.”

Most scholars are in agreement that phosphine should, at least, be a necessary predictor of life. But, really, the jury is still out.

For humans, Venus is famously rather uninhabitable; or rather, it poses a momentous task of next to herculean impossibility for human colonization. Short answer? Even if it is possible, it’s not going to happen any time soon.

What about the long answer? Well, if humankind can find a way to get around the extremely hot surface temperatures upward of 900 degrees fahrenheit (which is commonly boasted as being “hot enough to melt lead”), in addition to finding a way around the toxic atmosphere, whose clouds are composed mostly of sulphuric acid — which is toxic and extremely damaging to humans — in addition to host of other problems (including the atmospheric pressure), then sure, Venus is inhabitable.

It has been said though, that, at least for humans, high up in Venus’ atmosphere, and perhaps even very deep below its surface, it is potentially habitable in certain areas. Furthermore, the fact that phosphine was found on Venus is telling, and it should not be dismissed. If intelligent life does exist on Venus, it’s likely not made of the same stuff that humans are. More likely than not, if what’s on Venus is anything resembling life, it’s probably microbes or something of the sort.

Furthemore, it should be stated that Venus is a planet still very much shrouded in mystery. It’s atmosphere is extremely thick and does not allow for easy probing. Until we know more, all is just speculation — though some speculation turns out to be right on the money.

Have Signs Of Life Been Found On Other Planets?

What Else Can Cause Phosphine?

For all the time that scientists spend talking about how phosphine is the signature of life, they also spend time talking about how else it can occur — as evidenced by other planets having traces of phosphine in their atmosphere. So which is it, yes or no: does phosphine mean “life” or can it be caused by non-life? Since no one is up in arms about the phosphine on Jupiter, the answer is at least “maybe it’s a sign of life”, but it is no guarantee.

The fact that Venus does have a surface — unlike Saturn and Jupiter — bodes well for it. Or, maybe it is true that only life can cause phosphine and that this is always the case. So, if this turns out to be true, maybe there is life on Saturn and Jupiter somewhere, or on their surrounding moons.

For the phosphine on Venus, as renowned Science Journalist, Michelle Starr, writes: “it [the phosphine] might be the sign of an abiotic chemical process that we don’t yet know of. Or there might be some poorly understood geological process occurring on Venus.”

So the answer? Phosphine is thought to be usually linked to life — particularly microbes. Because Venus has a solid surface, and because of the sheer amount of phosphine detected in Venus’ atmosphere which has been observed, Venus has garnered the exacting gaze of the scientific world. It has given them a reason to take a closer look at, what will hopefully be, a new era of scientific exploration and discovery. 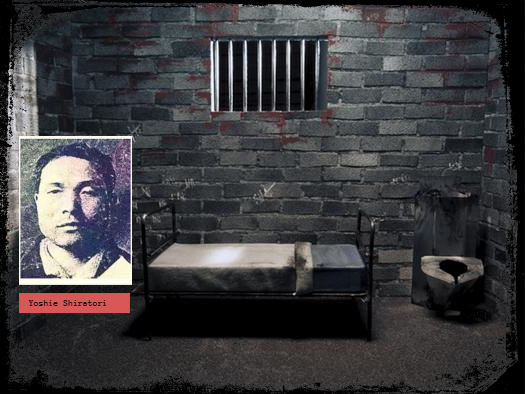 Yoshie Shiratori: “The man that no prison could hold in”