On the coast of the Black Sea sits an ancient structure.  It’s called Staro Zhelezare, but it’s more commonly known as the Bulgarian Stonehenge.  It looks like a bunch of giant, stone Vienna Fingers standing on end, fanning out into a circle.  No creme filling, though.  Anyway, these Vienna Fing—I mean, standing stones—are an extremely curious oddity.  They were only discovered in 2002 by Georgi Kitov, which just goes to show that we are probably never going to stop digging up old stuff.

Bulgarian Stonehenge Was An Ancient Observatory

What is a menhir?  A menhir is a new word I learned today. It means tall “upright stone of a kind erected in prehistoric times in western Europe”.  Those are the Vienna Fingers I was talking about.  They’re also called “liths”, as in “megalith”, but they aren’t mega enough. Apparently, because they stand from 0.5 to 2 meters tall (that’s ~1.5 to ~6 feet).  Arranged in a circle over 20 feet across, researchers are not exactly sure what the site was used for, but they have some ideas.

The original researcher, Georgi Kitov, theorizes that the site was an ancient astronomical observatory.  While the ancients did not have telescopes, it makes sense to create a dedicated site from which to watch the stars.  Each Vienna Fing—I mean menhir—would be stationary and could be used as a reference point for our ancient astronomer.

Bulgarian Stonehenge would probably have been the way to predict seasonal changes, understand the year, and basically act as their calendar.  Most likely, one member of the people would be responsible for understanding this and would literally be a human calendar.  But what people are we talking about?

Best known as side characters in Ancient Greek and Roman history and mythos, the ancient people who once used this ancient observatory were the Thracian people, specifically the Odrisian tribe.  This actually raises a question—just how old is Bulgarian Stonehenge anyway?

Researchers date the structure to about 500BC, however, this is in dispute.  Some researchers feel that the actual age of the structure could be as early as 1500BC. Because the giant stones themselves date to around that time.  The only thing is that we don’t have too many traces of civilization in this region around that time, though the Greeks were not that far away. So it is possible that there were people running around this region staring at the stars.

A Bulgarian Stonehenge That’s Been Abandoned

Recently, the site has fallen into disrepair.  After being discovered, and subsequently excavated, the site has become abandoned and it has slowly started to fill in, while local troublemakers have participated in mild vandalism of the structure.

In 2014, a local campaign began to get the Bulgarian Ministry of Culture to help maintain and preserve the site, hoping that it could provide an opportunity for tourism, something the Bulgarian economy could surely use.  “Western Europe already has its Stonehenge, come to Eastern Europe to see Bulgarian Stonehenge”. I’m sure they can come up with a better slogan than me.

However, the government of Bulgaria, not exactly overflowing with cash, was not able to assist in the preservation of the site.  The latest news of the site is that locals are looking for donations to keep up the site themselves.  Hopefully, the Bulgarian people can figure something out, or maybe the European Union can step in at some point and help them preserve the Bulgarian Stonehenge—it is European culture, after all.

But now, I just want to gnash through a box of menhir—I mean Vienna Fingers. 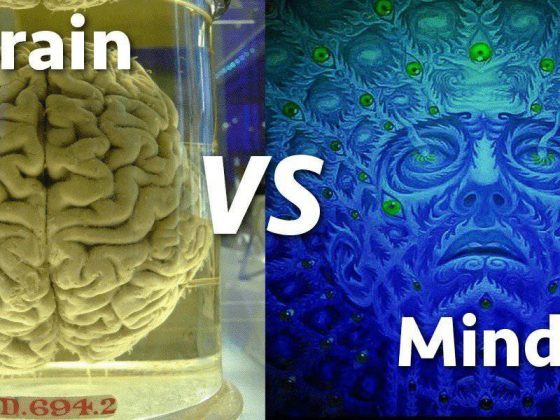 How the Brain Works or Is It the Mind?