Angels. Who doesn’t relish the notion of higher beings looking over us and helping mere humans when we need it most? Sounds almost too good to be true, right? But, did you know that 8 out of 10 people believe angels are real? Despite the evident diversity in religious beliefs, it seems, from what I can find, all 12 main world religions and many others also believe in some types of angels. In this article, we will focus on the nine orders of angels according to christian angelology.

Let’s start with the fundamentals of what we believe to know about these most divine beings. An Angel is thought to be a mighty being with supernatural dominion over the earth. The idea of Angels is a repeated theme throughout numerous and many religions and other practices. For example, some people practice the belief that Angels are independent entities bound more to Mother Earth or pasted loved ones helping us or even spirit guides of the elements. Other of God’s Angels have apparently fallen from his grace.

The word “Angel” comes from the Greek word Angelos, meaning messenger, the medieval Latin word is Angelus, which translates into a heavenly creature, and the Hebrew word Mal’akh is used both as a messenger and divine-human. Many other religions have different titles for the same type of being, such as spirit beings, watchers, devas, Malaa’ika, and guides, to name a few.

We won’t even be able to get to Angels in mythologies in this brief overview. We will focus on the more standard Christian view of Angels. The Bible refers to the angels as God’s attendants. Some of God’s angels are guardians to the planet and humans. According to Christian Angelology, Angels are divided into three types and nine orders. Keep in mind, however, that other religions categorize Angels in different types and for different means.

SERAPHIM (plural) are the highest order of angels in the heavens. In other words, they are the closest to god. Their role is to exclusively worship the Lord and give thanks unto Him.

Seraphim have six wings, with two they cover their faces, two cover their feet, and two they use for flying. The following is a passage from Isaiah 6:1-3 King James Version (KJV) that describes Seraphim:

6:1 In the year that King Uzziah died, I saw also the Lord sitting upon a throne, high and lifted up, and his train filled the temple.

6:3 And one cried unto another, and said, Holy, holy, holy, is the Lord of hosts: the whole earth is full of his glory.

CHERUBIM (plural) these beings are the second most powerful of Heaven’s Angels. The Bible describes this type as nobly angelic, but mighty beings that encircle God’s throne. Cherubim’s are the guardians of the Ark of the Covenant, and the entrance to the Garden of Eden after “man” was driven out.

Cherubim are very much, unlike the cute and cuddly image most have of what they look like. In the Book of Ezekiel and a Christian, icon described the Cherubim with two pairs of wings and four faces: one of a lion, one of an ox, one of an eagle, and one of a human. Not quite what you thought, right? Like I explained before in this article, other religions place different hierarchies on the groups. In Islam, the Cherubim angels are the closest group to God.

THRONES are the third-ranking order of Angels that reside over the cosmos, especially where the material starts to take form. They also chant glories to God and remain in his presence always. The Thrones dispense God’s divine justice and maintain harmony in all of the universal laws of the cosmos.

They are portrayed as great wheels comprising many eyes and sparkle with the color of burnished brass. If you could imagine giant Ferris Wheel, but alive and ready to do God’s work. Often called the Many-Eyed Ones, they have four wings and four faces.

They have the hands of a man under their wings and are joined together. The sound of their wings is like the roar of great water. Above their heads shows the likeness of the heavens, which is shown in a kaleidoscopic of colors from a crystal.

DOMINIONS (plural) holds the fourth-ranking position in orders of Angels. Dominations govern over nations and decide the success or failure of a domain. They deliver justice, show mercy, and lead lower-ranking Angels. Often represented as holding a golden staff in their right hand and the Seal of God in the left.

VIRTUES are the fifth ranking order of Angels. The Virtues are a group of Angels that rule over miracles, blessings, grace, valor, and encouragement. Known as Brilliant or Shining Ones, they mainly help people struggling with their faith.

POWERS angels sixth ranking classification of angels credited as being created first by God. They are the elite sentry that hold a constant watch for demonic invasion into the world.

PRINCIPALITIES OR PRINCES are the seventh in the orders of the Angels and are given more freedoms than subsequent Angels. This group of Angles governs the responsibilities of the Angels that follow.

They are also responsible for conducting divine acts of guidance and guardianship over world leaders. Often described as wearing what looks more like a soldier’s uniform, they are the order that helped David slay Goliath.

Archangels are one of the most well known and are eighth in orders of angels. There are as many different names for the top Archangels as there are internet searches.

From only one official Archangel Michael to three top, four top, eleven top, or fifteen top Archangel and the list goes on, ok you get the idea. Archangels, however, are extraordinary beings, all of which specific healing gifts. Each Archangel has a particular role and are acknowledged as extensions of God himself.

We will be taking a more in-depth look at the following Archangels in another series, but there are seven that sums up the Archangel’s role:

We will also be taking a look at the Archangel Metatron, who is not canonically accepted as an Archangel. The Book of Enoch, however, mentions Metatron as an archangel and classes him the highest of all angels.

If, by chance, we miss your favorite Archangel, let us know, and we will take a look at adding them to the list.

Guardian Angels, the last types of the angels are divine, assisting beings. In some instances, a Guardian Angel will serve as an ethereal messenger to support and help. In other cases, they will transform and take visible form.

Either way, they attend to an individual’s well-being, guarding, and protect those who call upon them from harm. Guardian Angels offer guidance, support, and comfort accompanying individuals on a path of self-reliance.

When you study the orders of Angels, while all are supreme divide beings, the higher up the hierarchy, the more Archangel’s responsibility falls away from the earthly realm and focus more on God.

Guardian Angels and Archangels interact the most with the earth and daily life. As we look up the sequence, you can see the transition from world assistance, to protecting the veils between realms and the cosmos, finally and ultimately reaching the job of only praising God.

Please keep in mind that this is only one viewpoint of this very complex topic. Global Bizarre is hoping to dive deeper into the mysteries of the world and help shed light on every perspective on the issues that matter to us today.

(as of - More infoProduct prices and availability are accurate as of the date/time indicated and are subject to change. Any price and availability information displayed on [relevant Amazon Site(s), as applicable] at the time of purchase will apply to the purchase of this product.) 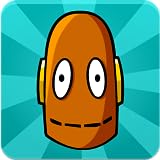 $0.00
Get a different animated movie – plus its related quiz – every day! Award-winning educational content tying in to current events, historical milestones and figures, holidays, and more! Perfect for informal, exploratory learning at home or on the go I... read more
(as of - More infoProduct prices and availability are accurate as of the date/time indicated and are subject to change. Any price and availability information displayed on [relevant Amazon Site(s), as applicable] at the time of purchase will apply to the purchase of this product.)

$23.99
Fashion Design: These sneakers have optimized upper shape pattern, make on-feet looking more fashion, vivid and young, compared to traditional sneakers, they can give you an adorable and slim outfit, not chunky Easy Lace-up And Easy Clean: Classic la... read more
(as of - More infoProduct prices and availability are accurate as of the date/time indicated and are subject to change. Any price and availability information displayed on [relevant Amazon Site(s), as applicable] at the time of purchase will apply to the purchase of this product.)

HBR's 10 Must Reads on Communication (with featured article "The Necessary Art of Persuasion," by Jay A. Conger)

$24.95 $13.25
Harvard Business Review Press
(as of - More infoProduct prices and availability are accurate as of the date/time indicated and are subject to change. Any price and availability information displayed on [relevant Amazon Site(s), as applicable] at the time of purchase will apply to the purchase of this product.) 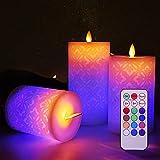 $22.99
【3-PACK SET】This pack includes 1pc 4" pillar,1pc 5"pillar, 1pc 6" pillar(each 3.15" diameter),a 18-key remote control(include a button battery),a user manual.This flameless candle is operated by 2*AA batteries (Not included) 【12 COLORS, 2 MODES, 2 TI... read more
(as of - More infoProduct prices and availability are accurate as of the date/time indicated and are subject to change. Any price and availability information displayed on [relevant Amazon Site(s), as applicable] at the time of purchase will apply to the purchase of this product.)