In the 1400s there were 10 million Native American throughout the great plains of North America, from the Pacific Coast to the East Coast, and from Canada to the Gulf of Mexico. These 10 million people separated into different nations and each one had their own sets of beliefs and traditions. Even today the Native American split into tribes based on their ancestral history and location. Native American are born into their spirituality and raised to understand the unique connection between humans and nature.

This makes it hard for an outsider to learn their customs and belief system, but with patience and humility you may have a chance.

Below you can read about the different tribes and their spiritual practices, ancestral roots of Native American spirituality and traditions, and what they have in common. By the time you’re done reading you should know the basics of American Indian’s spirituality.

North American Indians, also known as Native Americans, because they are the first original americans, are descendants of northern Asian migrants. Archaeologists believe td hat about 60,000 years ago they migrated from Asia to Alaska and Canada, and throughout North America and into South America.

Native American ancestors were part of a large culture that reached from Greenland to northern Asia. This culture had a variety of spiritual beliefs and customs such as animism and shamanism.

Animism and shamanism influenced many of the religions of today such as China’s Taoism and Tibetan Buddhism. Native American tribes developed these same beliefs into their own spirituality.

The term Animism comes from the Latin word Anima, which means soul. Animism was a belief held by most of the indigenous people of North America and Canada. It’s the idea that the universe and all natural objects have souls.

This religious belief extended to people, animals, plants, trees, rocks, mountains, caves, rivers, and even the Earth itself. Even natural occurrences like thunderstorms, wind, and rain were believed to possess souls. This gave great significance to the world around those who practiced Animism.

Since Natives have ancestors that practiced Animism most tribes have spiritual beliefs have strong roots in religious practice. Many customs and ceremonies that they still practice to this day honor the souls within everything in the universe.

A Shaman’s communication with the spiritual world defined ancient shamanism. A Shaman was someone who possesses the ability to enter other levels of consciousness to gain wisdom or solutions to problems that would benefit their entire community such as famine or disease.

Shamans were regarded and thought to have great power. An important purpose a Shaman had was to heal people, which is why they are also referred to as medicine men. Most Native American tribes have ancestors that practiced Shamanism, which evolved through time within Native Spirituality quite a lot.

The indigenous people of America had and still have medicine men and women, who are spiritual leaders and healers within their tribe, but they do not possess supernatural abilities. These men and women are holistic healers and spiritual teachers, but in some tribes respected elders that give wise advice and counsel are medicine men.

Totem poles were important to North Coast Native Americans and still are to tribes that still exist today. Totem poles are representations of family history and are put on display outside homes. These totems are animals or mystical beings that have been carved into vertical wooden logs. They would serve as a sigil, crest, or emblem for a family or tribe.

Totemism is the spiritual belief in the relation a group of people with a common totem. Totemism, similar to animism, core belief is that a natural object or being has a soul and can have a spiritual connection or kinship with a specific family. Tribes such as the Tlingit, Haida, Bella Coola, Kwakiutl, and Tsimshian tribes practiced totemism.

Many traditions and ceremonies in Native tribes focus on becoming one with the Great Spirit of life, through pain, fasting, or seclusion. This helps one to achieve status, visions, or wisdom.

Many Native American nations practice the Sun Dance ceremony, as an important ritual. Each tribe would perform this sacred ritual using different methods, but most would involve dancing, singing, playing the drums, praying, fasting, and visions.

Some tribes would pierce the chest or back of young men. The piercing would be tethered to a pole and the young man would have to break loose. This painful task was a sacrifice and connect to the Great Spirit.

In most Native cultures, a woman’s moon time is when she gets her period. A woman’s menstrual cycle syncs to the moon cycle when she is healthy and it was a common occurrence for a woman’s period to start with the full moon.

It is considered to be a sacred time for inner purification. It was considered Sacred because the wombs connection with birth and life.

This would be a ceremony involving prayer, inward reflection, and purification from negativity. She would pray to the moon for guidance and advice.

A woman would not partake in any other ceremonies or even touch ceremonial objects during her moon time. This is because she works with energies of birth during this time which conflicts with the energy of rebirth involved in most other ceremonies.

Rites of Passage in Different Tribes

Rites of passage in Native American culture vary from tribe to tribe. These rituals are a pivotal point in someone’s life when they transition from child to adult.

In certain tribes the child has to prove they are worthy by going through a ritual, ceremony, or process. Some tribes give the child a new name to indicate their new purpose within the tribe.

Native Tribes that once lived on the Pacific Northwest believe in guardian spirits. These spirits watched over and protect all living things.

To become a man, young boys go into nature alone to discover their own guardian spirit. This venture would include fasting and soul searching. It is believed their guardian spirit would give them a gift of great character and power.

Girls attain guardian spirits through a ritual in the woods that takes all night. They will hold a vigil of sorts and bathe in a cold stream many times to be blessed and chosen by their guardian spirit.

Similar to the Pacific Northwest tribe’s coming to age ritual, other tribes use vision quests as a rite of passage for young adults and also a spiritual journey later in adulthood. Vision quest are meant to be a process that brings a person closer to the Great Spirit or spirits through visions.

This consists of someone going off into the wilderness alone where they sometimes fast, take drugs, and/or inflict wounds on themselves in hope to gain a vision from the spirits. These visions are meant to provide guidance, wisdom, and clarity.

Today, those interested in going through a true Native American spiritual vision quest should beware “shamans” selling you a retreat to go on a vision quest. Any form of instant spiritual enlightenment in the name of Native American spirituality will never be authentic. Spiritual enlightenment takes years to achieve and offering instant results is against most tribe’s religious practices and core beliefs.

What is the Great Spirit in Native American Spirituality?

Among the Sioux nation, the Great Spirit is referred to as Wakan Tanka. Wakan Tanka translates to Great Mystery. The Sioux believe Wakan Tanka is beyond human understanding and is the source of the sacred soul that courses through everything.

Some Native American nations believe in a universal spiritual force like the Gitche Manitou in Algonquian. Other tribes believe the Great Spirit takes interest in worldly affairs and may even intervene from time to time depending on circumstances.

The belief in the Great Spirit exists within many indigenous people with sometimes subtle and striking differences. Cultural differences from region placements are partially to blame for this, but one thing all tribes had in common was the belief that humans should strive to deepen their connection with the great mysterious force that exists within everything.

Indigenous people believe the cosmos is like a living womb that nurtures every form of life and so they have great respect for the land and do not feel the need or want to possess it. Therefore even though the indigenous people did and still do make up many tribes that share ancestors, traditions, and history, they each have their own well established spiritual system that evolves.

Native American spirituality means attaining peace, harmony, and wisdom within one’s self, with one’s community, and, of course, the mysterious source of sentient life. In this spiritual practice, one must strive for peace by respecting everything around them and attain wisdom through understanding the world around them, especially nature.

When you are adopting another culture’s way of life should not be approached flippantly, but with respect and discipline. Today many Native Americans live in modern homes, but their spirituality is still a different set of beliefs like most religions. If you are called to a specific tribe’s belief system and way of life, then the path will be the right one for you and your tribe will welcome and teach you all you need to know.

Native Americans spirituality is ancient just like the spiritual ideas that influenced it and many other religions so many years ago. Animism influencing the belief that everything has a soul and purpose, and Shamanism giving birth to natural medicine and a high regard for wisdom within Native American tribes.

Some of the Indigenous people of America who lived throughout the Great Plains believe in The Great Spirit and other tribes from the Northwest practiced totemism and believed in guardian spirits. The spiritual ideas and beliefs mentioned throughout this article vary from tribe to tribe, except for the belief that all life is sacred.

Although joining a reservation and adopting a different lifestyle may not be for you, anyone can benefit from peace, harmony, and respecting all forms of life. There is a lot of wisdom and spiritual growth to be found when learning about the Natives and their beliefs about the universe everyone lives in. 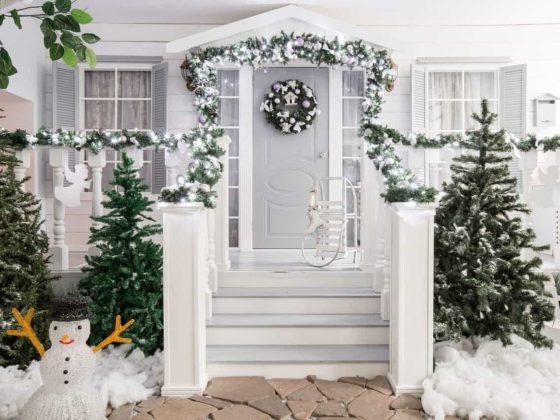 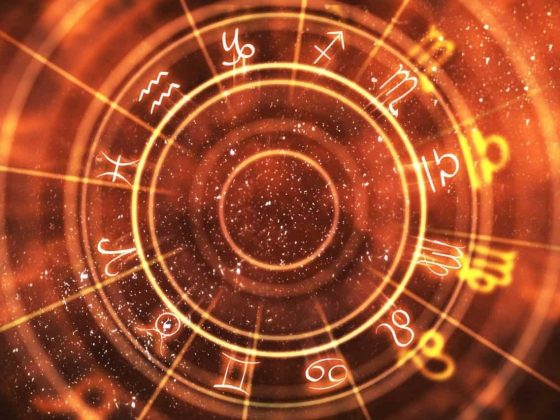