Over the course of history, numerous mysterious occurrences have taken place. Some of these are well-known, and they have all been resolved. Others, on the other hand, are still up in the air. The ‘reincarnation’ of Dorothy Eady is one of them.

A common example of such an occurrence is reincarnation, which has been the subject of extensive research for decades. In recent years, reports of potentially true stories of reincarnation have emerged, with individuals recalling intricate memories of their past lives in detail to the point of being unable to dismiss them as fantasy.

Even though some accounts of past lives can be dismissed, others are filled with chilling details that defy logic and have withstood the test of time because of their genuineness. And will leave you questioning whether reincarnation is a real phenomenon or a myth.

Begining of an End

She had a relatively normal life until that fateful day when she fell down the stairs and severely injured her head, leading everyone, including doctors and her parents, to believe she had lost her life.

However, she miraculously awoke and found herself in a different situation. The three-year-actions old’s were not those of a typical child of his or her age. and her parents had been aware of it on numerous occasions.

Dorothy begged her parents to take her back to Egypt, where she had grown up. She was certain that she remembered her previous life, in which she had been born across the sea in Pharaoh’s land Egypt, and she was right.

Additionally, she related amazing details from her time as a priestess in Egypt. According to her information, she was known as Benchrest II and served at the Pharaoh Seti court. This child drove her parents insane, and no one could figure out why she had such a drastic change in behaviour in such a short period of time.

When her parents took her to the British Museum in London, she exhibited even more bizarre behaviour. In the Egyptian galleries, which contained mummies as well as statues of Egyptian gods and goddesses, she ran towards them and kissed their feet, after which she screamed in an ancient, foreign voice that shocked her parents even more.

When Dorothy was 15 years old, she was studying Egyptian history when she had a lucid dream with Pharaoh Seti slummy, an encounter that resurfaced many memories of a previous life, prompting her to begin filling out a reincarnation puzzle. The events that followed led Dorothy to abandon Christianity and embrace the polytheistic religion of ancient Egypt, which she still practices today.

Her teachers were astounded by her ability to quickly learn the Egyptian symbols and hieroglyphs while studying at the British Museum. Nevertheless, she clarified with them that she was not learning a new language. rather than recalling a language that she had forgotten, she recalled a language she had forgotten.

Dorothy ended up getting married to an Egyptian student she met while studying in England. and relocated to Egypt, where they settled after arriving in Egypt. Dorothy kissed the ground, announcing that she had finally arrived at her permanent residence. SETI was the name she gave to her son, who was born to her.

All of her life, she worked extremely hard to piece together the pieces of a thousand-year-old puzzle that were her reincarnation. The legitimacy of Dorothy’s Egyptian fluency would later be established by Egyptologists after they began studying neighbouring native languages, which developed and evolved from Egyptian in the area as a result of Dorothy’s Egyptian fluency. found that certain sounds and pronunciations made by Dorothy could be accurately reproduced by their slang and accents. This wasn’t the pinnacle of her professional achievements.

According to a piece written by the New York Times about Dorothy in 1979, she was considered to be the Western world’s most intriguing and convincing modern case of reincarnation.

Although she made significant contributions to the study of ancient Egypt, Dorothy was treated as an outsider until her death at the age of 77, when she was buried in an unmarked grave in the middle of the Sahara desert. 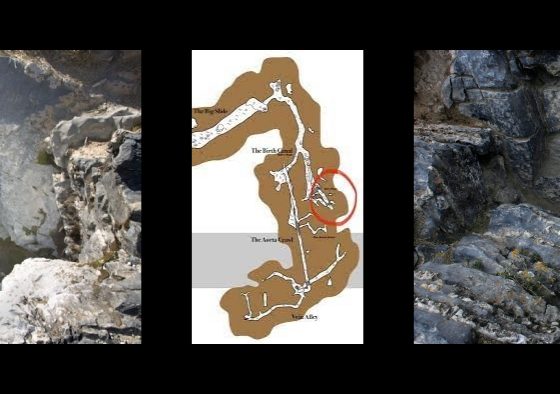