If you are one who fancies the magickal—and let’s be honest, who doesn’t—then you may have a deck or two of tarot cards, your choice of crystals, and maybe a ouija board thrown in. These traditions in Western Magick go back centuries, but did you know that one of the most influential in this tradition was a British woman by the name of Dion Fortune? It’s true! Often overshadowed by her contemporary Aleister Crowley, Dion Fortune was without a doubt the most influential woman in the field of magick during the 20th century.

Born December 6, 1890, as Violet Mary Firth, Dion Fortune came from a wealthy upper-middle-class English family who made their money from gun production. Her parents, Arthur and Sarah Jane Firth, were active practitioners of the then-new religion Christian Science. Christian Science propounds that there is no need for medicine so long as your prayer is strong enough.

So, it’s clear that Dion Fortune was exposed to unconventional and non-traditional belief systems from a young age. Not much else is known of her younger years, but we know that she started studying psychotherapy, with an emphasis on Sigmund Freud, when she was 23.

Soon thereafter she worked as a counselor at the London School of Medicine for Women. It was during this time that she began attending lectures by the Theosophical Society during her lunch hour.

Theosophy is a religion that was founded by Helena Blavatsky, which is extremely interesting in its own right but suffice it to say that it is heavily influenced by both Eastern and Western mysticism. Years later, when World War I broke out, Fortune had to serve. She had spiritual experiences while on the base which spurned her to study Theosophy more closely.

Fortune was becoming quite adept at astral travel, or as she called it, trance mediumship. She would often invite close friends to join her for these sessions. Fortune was particularly interested in contacting the Ascended Masters, who are the eternal prophets in Theosophy. On multiple occasions, it seems, she did just that.

Things were going well for Dion Fortune. She was advancing quickly at the Temple, and her independent study was taking off. Along with a close friend, Fortune had multiple successful sessions of trance mediumship wherein she received the sacred teachings of the Ascended Masters. Her book “The Cosmic Doctrine” is a recitation of the teachings she received from them during multiple sessions of trance mediumship.

It wasn’t published until 1949, but it was the source of Fortune’s teachings from as early as 1923 and was often distributed to her most senior students. She was gaining an independent following of her own and so she started a small temple herself.

This worked out…for a while. Fortune was also writing for “The Occult Review”, a British magazine of the day, and published “Esoteric Philosophy of Love and Marriage”, which drew criticism from the leaders of Alpha et Omega. She had been fairly loose-lipped about certain rituals and practices of the temple, things she should have known better than to publish in a book, or a nationwide magazine.

Beyond that, it seemed Fortune was becoming increasingly confident in her temple, and she raised with the leader of Alpha et Omega, Moina Mathers, that she should use her temple as a way to “filter out” prospects for Alpha et Omega. Mathers thought this was completely inappropriate. Ultimately, Fortune was kicked out of Alpha et Omega, but not just for these reasons. The main reason was that Mathers feared that Fortune’s ability to astral project was becoming too powerful.

Time pressed on and Dion Fortune continued her studies. In 1927 she married, and it was starting at this time that she published the bulk of her work. Titles like “The Demon Love”, “The Problem of Purity”, and “Psychic Self Defense” (which happened to be owned by one David Bowie). She became the president of a local Theosophical Society, and started publishing her magazine “The Inner Light”.

Over time her role became less and less public, but Fortune remained active in the temple she had established, now officially the Fraternity of the Inner Light. For nearly two decades she lived as the elder stateswoman of Theosophy, even though at the start she was only 37.

When World War II broke out, members of the temple enlisted and operations ground to a near halt. The Fraternity’s London temple was bombed during the war, though the structure survived. Fortune predicted the Age of Aquarius about twenty years before the hippie movement, believing it would come following the end of the war.

Later in the war, when things were safer in Britain, Fortune would develop a correspondence with Aleister Crowley, and on at least one occasion met him at his home. A close friend of Crowley’s said that they got along extremely well, despite their profound philosophical differences.

Final Days In December 1945, Fortune was slated to address the Fraternity for the coming winter solstice, but she fell ill. In January, Dion Fortune died from leukemia at the age of 55. She left nearly everything she owned to her Fraternity.

Her followers, not wanting her to be idolized in death, shunned worship of her and discouraged looking too deep at her biography. As a result, she is one of the most influential people in all of the occult study and she’s only starting to get the recognition she deserves. 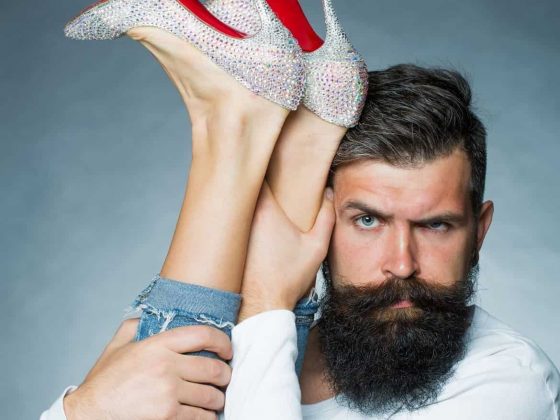 The High Heel: From Functional to Feminist