With all the government secrecy around things like Area 51 and the Roswell Incident, it’s no surprise that the government is pretty tight-lipped about anything related to UFOs or possible extraterrestrial encounters. Not for a lack of trying, it is said that President Clinton had a keen interest in UFOs. Even he was stonewalled by his own agencies when attempting to find out exactly what knowledge there was about unknown crafts. And he was the President! Well, recently The government finally admits to UFO Investigations from Luis Elizondo of the AAPIT.

What Was The AATIP? Who is Luis Elizondo, and What Did They Learn?

The U.S. government did not even publicly acknowledge the existence of Area 51 until 2013 when President Obama off-handedly mentioned it at the Kennedy Center Honors. But did you know there was a recently declassified government program with the explicit goal of detecting UFOs? That program was called the Advanced Aerospace Threat Identification Program or AATIP. With all the fancy acronyms the government makes up, you’d think they could spice up the name of their secret UFO program.

The program was formed in secret in 2007 during the Bush administration as a result of efforts by then-Senator Harry Reid of Nevada. Of course, it would be the guy from Nevada (Area 51, hello) who wants to know more about UFOs. What’s extra interesting is that this super-secret program was headed up by the Defense Intelligence Agency, or DIA.

Now you’ve heard of the FBI, CIA, and the NSA, but the DIA is less known to the average person. That’s because they tend to work more closely with the military in particular. It makes sense to think of the DIA as the military’s own separate spy and intelligence agency.

So we have the military (check) in charge of a super-secret government program (test) whose primary goal is to investigate UFOs (check, check, check). And this is all legit! This isn’t some conspiracy theory put on the internet by a guy who lives out of his RV in the Mojave Desert. This is a real bonafide thing that was revealed by media reports on December 16, 2017, including Politico, The New York Times, and The Washington Post. One man, in particular, had his name come up multiple times: Luis Elizondo.

Who is Luis Elizondo?

Luis Elizondo was the director of the AATIP. For exactly how long it’s hard to say, but we know that the program came to an end in 2012. But details on what precisely that means, like whether it was renamed or moved to another agency, are scarce. You know, because of classified secret government stuff.

What we do know is that Elizondo resigned from the Department of Defense (the DIA’s parent department) in October 2017. It was to protest the department’s secrecy regarding the program and that the government did not seem to take the AATIP very seriously. He is currently running the To The Stars Academy of Arts and Sciences. It is a research organization dedicated to UFO research (former Blink 182 member Tom DeLonge founded it).

But what did The AAPIT actually learn? Great question! Except…We have no idea. What we do know is that there are video and audio of navy pilots encountering an object that they cannot identify, which was released on May 26, 2019. The Defense Department, after lawsuits were filed to declassify the program, revealed the title of various research projects, including: “Traversable Wormholes, Stargates, and Negative Energy,” Invisibility Cloaking,” and my personal favorite “Warp Drive, Dark Energy, and the Manipulation of Extra Dimensions.”

Oh, and The AAPIT apparently, produced a 490-page report on their findings, but, of course, that’s classified. I want to put sunglasses on every time I say that.

And that’s pretty much everything we know. The AAPIT, Advanced Aerospace Threat Identification Program was dissolved in 2012. For all we know, that means it folded into another department or a separate program. I mean, the head of the program resigned in 2017, five years after the fact, due to the government’s lack of transparency. Something tells me he didn’t wait five years after his program ended. He was probably still quite active in the program, even if it was going by another name. I wish I could tell you that the government has an alien prisoner in the basement of the Pentagon, but I—aw, who am I kidding? They probably do. But I can’t tell you that, because that’s classified. 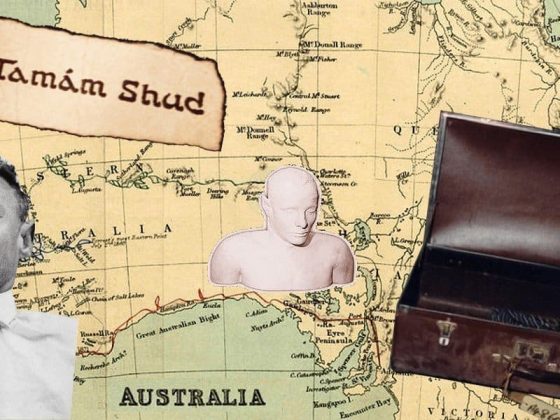